Have You Thought About LIBOR Going Away

Have you thought about what were to happen if LIBOR went away? While the benchmark for short-term interest rates isn’t set to go away through 2021, it’s not too early to ask yourself what would happen if LIBOR stopped tomorrow. The Alternative Reference Rates Committee (ARRC) has tapped the Secured Overnight Financing Rate (SOFR) as the LIBOR replacement. There are a whole host of differences between the two, but before you can start diving into SOFR, you should know what you need to be doing about LIBOR right now.

Mortech Protection: The Secret’s in the Savings

With the refinance market continuing to dry up, finding ways to retain customers at risk of falling out of your mortgage portfolio is crucial to finishing 2018 strong. We’ve talked at length about Mortech’s customer retention tool that can help you do that; Mortech Protection, which uses Zillow web and mobile data to identify houses in your portfolio that are likely to go on the market soon. But there’s a big reason to start using Mortech Protection that we haven’t yet focused on: the amount of money you’re spending.

The refinance market has been closely monitored throughout the year by many in the industry, and the resulting sentiments have all been pretty similar: there are considerably less refi opportunities than there were a year ago. This has been a trend that we’ve seen since the Fed announced rate changes last January:

Refis are becoming less of an option

If you needed anymore confirmation beyond what most in the industry have been saying for the six months, Marksman internal data also shows that the number of refis are shrinking. While the percentage of purchase loans decreased from July to December at the end of 2017, that was to be expected, what with the looming anticipation of rate changes by the Federal Reserve (Fed). However, after refis made up 63% of loans at the end of December, that number has decreased to as low as 38%, and clocked in at 40% at the end of July. With rates still on the rise, trusting refis to make a comeback doesn’t seem to be an option for the rest of the year.

What You Should Do About Soaring Online Rate Marketplace Volume

If you’re thinking about getting into online quoting, the numbers say that now is the best time to do it. Since the start of the year, online rate marketplace volume has risen nearly 150%, hitting its highest point, so far, in July.

Mortech Protection: How Does it Work?

You’ve probably heard of Mortech Protection by now; our latest product offering that flags your current customers who are likely to need new mortgage financing by identifying homes within your current customer database that are currently listed for sale, or likely to list in the next 90 days. What you probably don’t know, is how we find potential listings with the accuracy we do.

How to Better Spend Your Time and Marketing Dollars

Finding new opportunities to boost your mortgage purchase business as the mortgage industry ebbs and flows can be a hassle. Why come up with a number of different outbound marketing options that force you to cast a wide net – and typically spend the most money. Instead, you should be using targeted data that identifies current customers who are ready for a mortgage. Not having that reduces your efforts to throwing various methods at a wall and seeing what sticks. You end up spending so much time and effort into reaching out to customers who may have no need for a mortgage, and by the time you reach those who do, you’re no earlier than your competition.

Using Big Data to Your Advantage with Mortech Protection

We recently announced Mortech Protection, a new product that allows you to find addresses that are already within your customer portfolio that are likely to list in the next 90 days and may need new financing.

How? The power of big data.

Mortech Protection works as a predictive listings analytics platform that utilizes Zillow data to find properties in your customer database that are likely to list soon. This is based on trends of the millions of users that visit Zillow each month*. All you have to do is upload the addresses you want Mortech to monitor. We then analyze each one and send you the results bucketed into four tiers ranging from a very high chance to a low chance of listing. 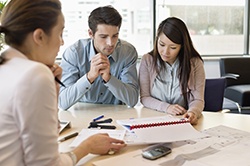 As the refinance market continues to dry up, finding new ways to retain existing customers in today’s mortgage environment is growing in importance. This is, unfortunately, not that simple of a task. Lenders can wait until a borrower’s house is on the market, but then must compete against other lenders for their business. The other option is casting a wide net across all of your servicing portfolio, in the hopes of finding that borrower that is about to list. Doing this, though, causes an increased marketing spend for minimal results. 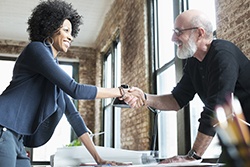 Market Yourself as a Supported Investor Together with Mortech 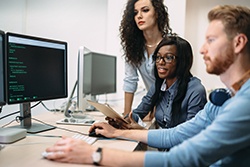 We wrote recently about why you should become a supported investor with Mortech’s mortgage pricing engine. We included a number of reasons, chief among them being the national footprint you have access to, with the ability to control who can and can’t see your products. Once you become a supported investor and want to let all those people know your products are available though, how do you market yourself?