Rates are Finally Rising – What It Means for the Mortgage Landscape

When the Fed announced in 2016 that the Fed funds rate would be going up, a lot of people wondered what the mortgage landscape would look like in the coming months. However, despite the warnings that mortgage rates could be on the rise, things didn’t escalate at the pace most people predicted. As a result, mortgage data trended differently than many expected: 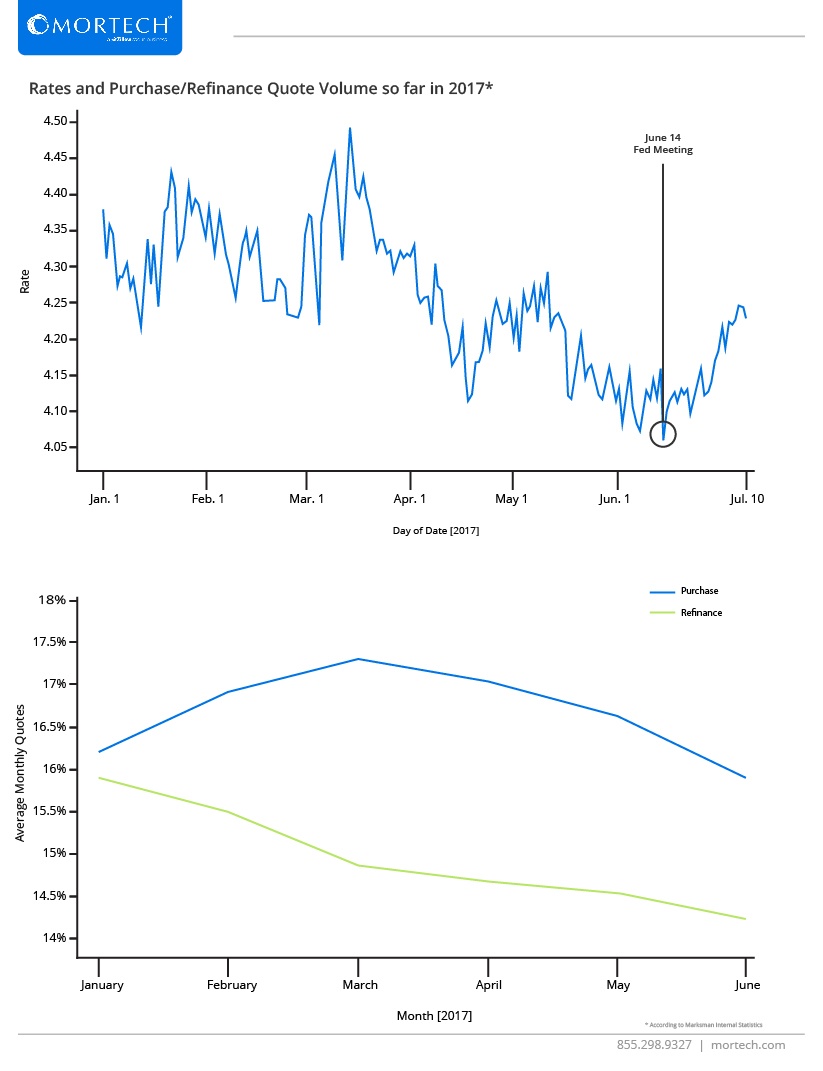 While rates spiked in mid-March, they then dipped, with their lowest point of the year coming just a month ago. However, once the Fed met in mid-June and announced that the funds rate would rise again, they’ve been steadily increasing for the last month.

Despite rates dipping from March to June, the number of purchase and refinance quotes decreased over that same period. While rates were at their highest in March, that was the same month in which purchase quotes were also at their highest.