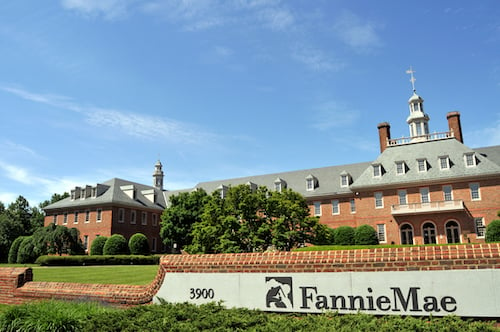 To start let’s talk Fannie Mae, also known as the Federal National Mortgage Association (FNMA). Fannie Mae was founded in 1938 by the U.S. government. This was during the Great Depression and the creation of Fannie Mae was part of the New Deal program. With the funds Fannie Mae received from the government, the goal was to have Fannie Mae buy the mortgage loans from private companies and local banks who were struggling financially. With the private companies and banks having more capital and the ability to finance home loans again, the government hoped this would inspire more lending during the economic crisis.

Fannie Mae introduced the Secondary Mortgage Market, the buying and selling of loans that are bundled and backed by mortgage securities to domestic investors. Fannie Mae would buy insured loans (primarily FHA loans) from lenders if the loan met guidelines rules and then sell the bundled loans to investors. Having fewer loans to hold on their books, lenders were able to originate more loans. With the secondary mortgage market in existence, and because Fannie Mae was backed by the government, Fannie Mae was able to borrow money from foreign investors at low-interest rates. Thus, Fannie Mae offered loan types such as long term, fixed-rate mortgages with low down payment requirements. This resulted in having more loans in the marketplace as there were more homebuyers able to obtain affordable loans.

In 1970, the government permitted Fannie Mae to purchase un-insured loans, such as conventional loans. Another GSE was formed, Freddie Mac, also known as the Federal Home Loan Mortgage Corporation (FHLMC). Fannie Mae and Freddie Mac would now compete with each other in the secondary mortgage market.

In 2008, the Federal Housing Agency (FHFA) placed Fannie Mae and Freddie Mac into conservatorship, known as the Federal takeover. This was due to the abundance of unregulated loans that were issued by private investment banks in 2007, offering nontraditional products and applying lower underwriting standards.  As the volume of unregulated loans increased, (also known as Subprime loans), and the number of homebuyers increased, the GSE’s could not compete with the private lenders and were pressured to loosen their underwriting standards, however, they opted not to do so. Unavoidably, with many other factors considered, the Financial crisis of 2008 became history.

Want more information? Visit these additional resources to read more on the history of these two enterprises.