On Investors: Fallout and Impact 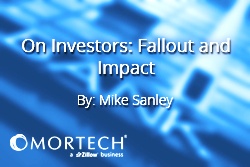 As Greece gets its can kicked down the road, investors are left wondering what road to even take. The daily back and forth in negotiations either breaking down or starting back up with creditors is making the markets spin. Just to throw gas on the fire, China and its impending slide seem to be gaining momentum even with the government trying several measures to artificially prop up stock values, to no avail as of yet. To be put into perspective ,the Shanghai composite is still 70% above where it was this time last year. The questions will be how far of a drop we will see and how far reaching its impact will be.

So how big of an impact will each have? It is believed that if one of the two is resolved the world market impact will be minimal in the long term. If both happen, we could end up seeing a fairly significant slowdown or pull back in many of the major markets as China’s growth and the viability of the Euro zone come into question. We have to keep in mind that these are two major markets in the world economy and can have vast implications all around the globe. Another question that is increasingly coming up is the health of our own economy. Are we recovering still or are we barely treading water? Compared to what was forecasted, this was a somewhat disappointing report for job gains and wage growth.

Compared to a consensus forecast of 230K, the economy added 223K jobs in June. In addition there were downward revisions to prior months of 60K. But hey, the unemployment went down to 5.3% from 5.5%. Unfortunately the reduction was almost completely due to a large number of people leaving the labor force, which no longer counts them as unemployed. While the volatility is not good for your 401k, it is good for mortgage rates and MBS prices.

We will continue to see how the mixed bag of news rolls itself out as the summer rolls along. Hopefully it’s a good one!

Each week we blog about investor updates and happenings in the mortgage industry. You can find last week's blog here.