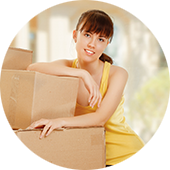 Recently, a coworker of mine was looking into getting his first house. He first decided that he wanted to build instead of buy, and as he began to iron out the details, he realized he had a dilemma on his hands: whether or not he wanted to put 20% down to avoid having mortgage insurance. When talking over this dilemma, he wondered out loud just how many people his age actually have MI, and how that correlates to age in general. That's when we realized that this is something we can look into using Marksman data, so we pulled the data to look at MI as it compares to age groups.

The first thing we noticed is that the percentage of people under 30 years old with MI is the highest of any age group. This makes sense considering that most people under the age of 30 likely won't have the income or money saved to put enough down on a house to avoid having MI, and as a result, only about 10% of people under 30 don’t have MI.

The second thing we noticed was that there's a significant gap between people under 30, and people in there 30s with regards to the percentage of people that have MI. While approximately 10% of people under 30 don’t have MI, that number jumps to 25% for people between the ages of 30 and 40.

Again, that number sees a significant jump for people between the ages of 40 and 50, where the number of people without MI jumps to 37% - just over a third. This effectively means that a large portion of homeowners with MI in their 20s no longer have it by the time they're 40 or 50. This makes considering that many people who wait until they're in this age-range to buy a home typically have more money saved or a higher income, and can thusly put more down on a house and avoid having MI. 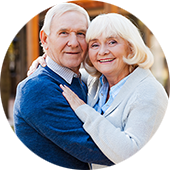 Finally, we noticed that for people older than 70, about half of them no longer have MI, just barely eclipsing the 50% mark. It's no real surprise that the number goes up substantially from the 1/3 mark set by people in their 40s; however, it's interesting that almost half of 70 year-old homeowners still have MI.

Whether or not they're buying or building, or getting MI or not, all potential homeowners first need the most accurate rates before moving forward with the next step in the home-buying process. Let Marksman help you push your rates to more people accurately and quickly online. Schedule a free demo today to find out what you're missing with Mortech and Marksman.