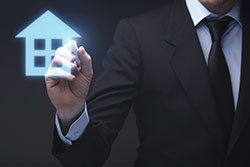 The primary purpose of the Fair Housing Law of 1968 is to protect the buyer/renter of a dwelling from seller/landlord discrimination. Its primary prohibition makes it unlawful to refuse to sell, rent to, or negotiate with any person because of that person's inclusion in a protected class.

Over the past four decades, U.S. courts have ruled that plaintiffs making discrimination claims under the Fair Housing Act don’t have to prove intentional bias.  Civil rights advocates simply have to show that lenders, insurers, developers or government agencies acted in ways that had a “disparate,” or unequal, impact on minority groups.

Now, the Supreme Court is weighing whether to hear an appeal from Texas officials who argue that intent to discriminate must be proven and that the “disparate impact” standard is too loose an interpretation of the landmark 1968 law that prohibited discrimination in housing.  Texas, which says the program was not intended to be biased, appealed to the Supreme Court after lower courts let the Inclusive Communities Project make a disparate impact argument in the case.

A ruling in Texas’s favor could wipe out disparate impact arguments in cases involving other federal statutes.  Business groups led by the American Bankers Association are backing the state’s bid for Supreme Court review, calling the issue one of “vital importance to the residential mortgage industry.”

Those groups say lenders are caught in a vise: Under new federal lending rules, they must look at borrowers’ income, assets, debt burden and credit history (ATR), while the disparate impact standard means they also have to avoid turning away too many minority applicants.

With the new emphasis on the ” Ability to Repay” portion of the Dodd-frank Bill, a ruling that makes the disparate impact portion of the Fair Housing Act a moot point would be great news for the Mortgage Banking Industry.